Hey, I remembered two months in a row! That’s quite a feat when you spend pretty much all of your time writing… Avalanche is almost done, at least in its initial draft. I originally had a goal of about 130,000 words, but I realized that the series of events I was planning on wasn’t the […]

Hello! It’s been a while, yeah, but not as long as usual! As usual, I’m gonna talk about how busy…

Well damn. It looks like I dropped a few months between the last update an now. I could have sworn…

Hey there! I’m getting a little bit better at this whole update-your-damn-website thing, though it’s still pretty far between. As…

So, I am proud to say that this year for NaNoWriMo, I have written 94,663 words, almost twice the target… 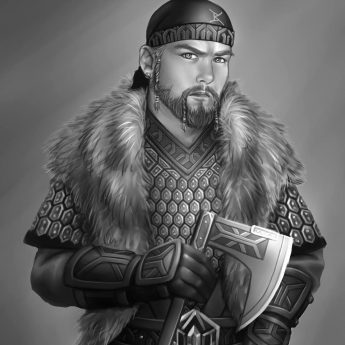 A consumer of all things fantastical, and creator of many things impractical! A jack of all trades, master of none, I enjoy woodwork, metalwork, writing and gaming, both console and PC. In my spare time, I have picked back up the mantle of a writer, and that is where most of my creative energy is currently being focused.

This message is only visible to admins.

Error: (#10) To use "Page Public Content Access", your use of this endpoint must be reviewed and approved by Facebook.
Solution: See here for how to solve this error